The London based ISOKON firm was founded in 1929 to design and construct modernist houses and flats, which later led to furniture and fittings for them. Originally Isokon was called Wells Coates and Partners, stemmed from an association between Jack Pritchard of the Venesta Plywood Company and the designer and architect Wells Coates; then in 1931 the name was changed to Isokon Furniture Co., London, a name derived from Isometric Unit Construction, bearing an allusion to Constructivism. Isokon was probably the most forward-thinking British furniture manufacturer of the 1930´s. Jack Pritchard, an admiring visitor to Le Corbusier’s French villa Les Terraces, the Finnish factory of the great plywood pioneer Alvar Aalto and the Bauhaus school in Weimar, Germany, felt that plywood was the ideal material for introducing modernist design to the masses.

Pritchard employed a succession of continental Modernists to work for his furniture company. He appointed Walter Gropius, former head of the Bauhaus Controller of Design for Isokon in 1935, at the same time, he convinced Jack Marcel Breuer to design furniture in plywood, although Breuer was a pioneer on the tubular steel design, he immediately accepted the challenge to design in this material and started his association with Isokon. László Moholy-Nagy, another former Bauhaus teacher also became involved with Isokon when he landed in Britain. In 1937 Gropius left for USA and the obvious step was that Breuer succeeds Gropius as Controller of Design for Isokon. By the time Breuer left for greater architectural feats to the USA in 1938, he had produced 5 classic pieces for Isokon including the iconic Long Chair. In 1939 Arthur Korn and Egon Riss join Isokon. Some of the company’s most famous designs from the 1930´s, (still in production today) include elegant ranges of tables, chairs and stools, Breuer’s famous Long Chair – (a low recliner based on a model he had originally developed in metal) – and the intriguingly-named and unique Penguin Donkey, designed by Egon Riss with Pritchard. All Isokon furniture exploited the strength and lightness of bent plywood. However, Isokon was never commercially successful and the end came with World War II when its supply of plywood was cut off. The Isokon Furniture Company ceased production in 1939. 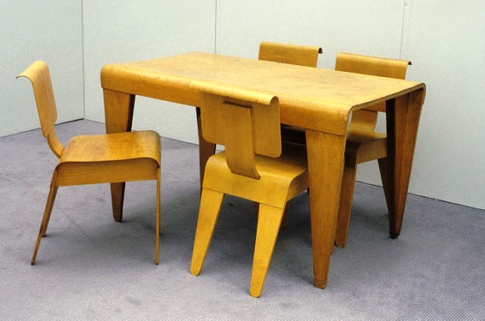 In 1963 Jack Pritchard revived the Isokon Furniture Company. Changes in the manufacture of plywood meant a redesign of some of the key pieces in the Isokon portfolio for which Pritchard hired British furniture designer Ernest Race. In 1968, Pritchard licensed John Alan Designs to produce the Long Chair, Nesting Tables and the Penguin Donkey 2 which the company manufactured until 1980. In 1982, Chris McCourt of Windmill Furniture took over the license to manufacture Isokon pieces. Since 1999, this furniture has been sold through the retail arm of Windmill’s, Isokon Plus in Chiswick, London. Although still producing most of the original designs, the company’s work with new designers has generated some great successes. The first furniture to be added to the Isokon portfolio in over 50 years was designed by Barber Osgerby. Edward Barber and Jay Osgerby had recently graduated from the Royal College of Art when they designed their first piece, the Loop Table, in 1996. The iconic bent plywood design was to be the first of several furniture pieces that the designers created for Isokon Plus. Last but not least, Michael Sodeau’s Wing side board range is also one of the newest additions to the catalog. 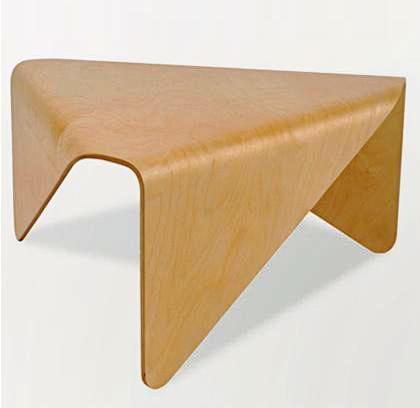 Plywood for good or evil till death do us part. Isokon scored a major hit in the 1930´s with Breuer´s plywood designs, although financially unprofitable they managed to survive the recession and World War II forced the end of their first life chapter. By 1963 Jack Pritchard, by the way, an example of vision, endurance and stubbornness, started to write the second chapter of his company with the help of the British designer Ernest Rice. He managed to improve and update the portfolio of the company to name examples: the joinery of Breuer´s Long Chair and the Penguin Donkey Bookcase re-design, the (‘Mark 2’), etc. but Pritchard remained faithful to plywood. Interestingly enough, he came back in time to share a piece of the growing market of plywood furniture designs, we know that by 1956 the Eames launched their plywood Lounge Chair (670) and Ottoman (671) and Isokon Plus keeps producing nowadays only plywood furniture when the use of it has become politically and environmentally correct. Now sharing the limelight with designers like Julia Krantz that only uses plywood, this is definitively and example of a company that shows no need to diversify or experiment in new materials. It is important to remark, that it took over 50 years to the brand to introduce into their catalog a new design, of course, made in plywood.