Knoll was founded in 1938 by Hans G. Knoll, a German immigrant to the U.S., and son of one of Germany’s pioneer manufacturers of modern furniture. Educated in England and Switzerland, Hans Knoll was familiar with the Bauhaus and with many of the seminal figures in 20th century design and architecture, including Walter Gropius, Marcel Breuer and Ludwig Mies van der Rohe.

Starting from scratch, Knoll slowly built up a roster of respected designers and a catalog of impressive furniture designs. In 1943 Knoll furniture hired Florence Schust, a designer with bright ideas who had worked with European masters. In 1946, Florence Schust and Hans Knoll married and formed Knoll Associates. Their major breakthrough came shortly after they were married when they were hired to design the Rockefeller family offices in Rockefeller Plaza. The job was heralded as a benchmark for office designs of the day, and it became a springboard for Hans and Florence into other high-profile office design jobs. Since the beginning of their partnership, Florence played a critical role in the development and direction of the company. It was her concept to take a Bauhaus approach to furniture design: to offer objects that represented design excellence, technological innovation and mass production. Together, Hans and Florence Knoll searched for and nurtured talented designers; they believed strongly that designers should be credited by name and paid royalties for their work, a tradition which continues at Knoll today. With the extensive European and American design contacts of Florence and Hans, the company’s products took on an international flavor. They brought in architects Eero Saarinen and Franco Albini, and worked with artists such as Harry Bertoia, Jens Risom and Isamu Noguchi to develop a collection of furnishings that are now widely recognized as classics in the pantheon of modern design. 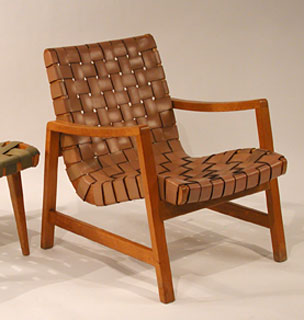 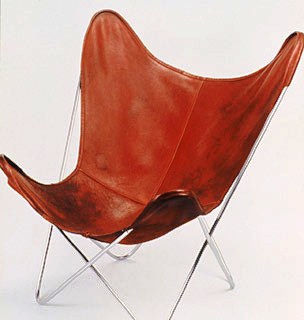 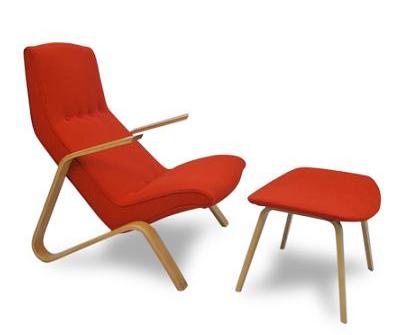 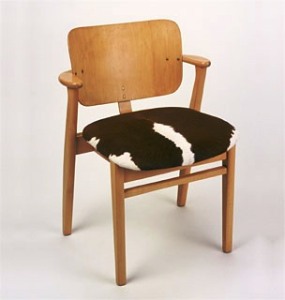 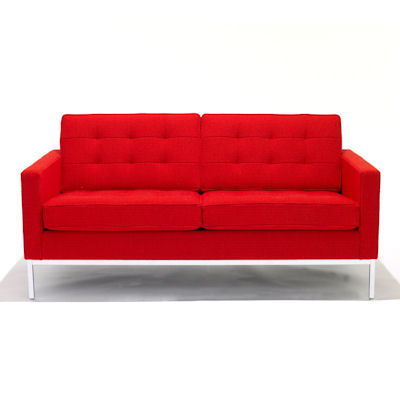 Knoll made a masterful move in 1953 when they came to an agreement with Mies van der Rohe for the exclusive manufacturing and sales rights to his furniture. His collection includes the Krefeld Collection, the MR Chaise Lounge, and the world famous Barcelona Chair. By 1968 another important event took place in Knoll´s history when Knoll International purchased The Gavina Group of Bologna. Founded in 1949 in Bologna, an Italian furniture production company established to manufacture and sell experimental works by local unknown designers; Gavina had won over the years the elite of Italian design, including the Castiglioni brothers, Vico Magistretti, Mario Bellini, Marco Zanuso and Luigi Caccia Dominioni. In 1968 however, its founder Dino Gavina was forced to sell the company and Knoll International purchased it. With the takeover, all the Gavina glorious designs, Kazuhide Takahama and Tobia Scarpa’s sofas, Cini Boeri’s tables and the Marcel Breuer furniture (including the Wassily Chair) went into the Knoll catalog. 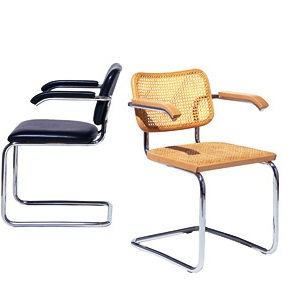 After Hans Knoll’s death in 1955, Florence Knoll assumed the leadership of the company, until 1960. In 1965, she withdrew from the industry completely, leaving Knoll it in the hands of those she had trained and inspired. Since then Knoll has expanded both within the United States and internationally. The company that Florence Knoll Bassett started with her husband, Hans, in 1946, is still one of the most influential design houses in the world, and the 3rd largest manufacturer of custom furniture. 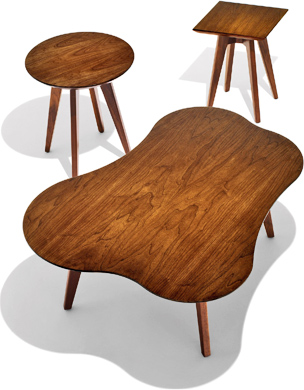 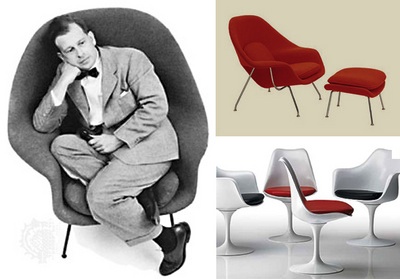 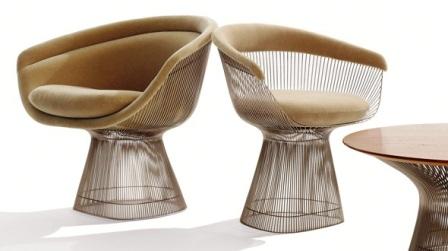 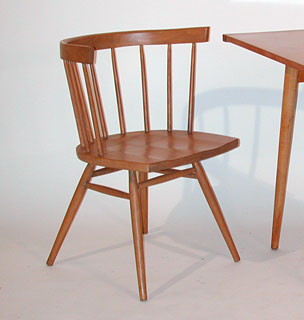 With an all star roster with names like those mentioned above, with furniture icons like the ones all these geniuses designed and with the great moves like dealing in person with Mies van der Rohe the exclusive manufacturing and sales rights for his furniture and acquiring The Gavina Group profiting from their designers portfolio including the famous Marcel Breuer Wassily Chair I bet you that this is the Group that you would like to own for sure! The funny thing is that what started as a dream of a couple that by the way she is the one that pioneered the concept of a system in which she had long meetings with the clients to get feedback of their needs, expectations and so on (Marketing on the stage of what the client really demands..) and then producing furniture to fulfill all his dreams, coincidentally this is one of the reasons why she designed some pieces of furniture. He on the other hand, succeeded on his share of the dream giving credit by name and paid royalties the designers he hired for their masterpieces and remained focused on the manufacturing end of the business. But this fairy tale lasted profitable until the late 1970’s thanks to the introduction of the first open office furniture system in 1973, The Stephens System, designed by Bill Stephens; and then a number of new owners came and apparently none of them had the brain, imagination or knowledge of the industry, but there were lousy financial results for more than a decade to the point in which Westinghouse was not able to get rid of this Group that was losing tons of Dollars. This is an example of preeminent designs – the icon – to name it – that by far are more important than the brand that produced them, the copycats of the series like the Wassily, Barcelona, Tulip, Diamond, Platner Collection, etc. easily exceed the millions of each one. But this is no news, by the 1950’s Knoll stopped production of the B.K.F. Hardoy Sling chair because more than 5 million copies of the chair were estimated to have been produced by numerous manufacturers at the time.

The Knoll couple made great Marketing for their designs but apparently failed in educating customers to buy the brand that owns the rights. Unfortunately this is an endemic disease for human kind. Fortunately the only person that can admire an authentic KNOLL produced furniture piece and be overwhelmed by that is the one that knows that you own an underwhelming knockoff!