Considered one of the founding fathers of Brazilian design, Sergio Rodrigues, is still producing some of his best known designs. The roots of Rodrigues’ work lies in his use of traditional raw materials such as jacaranda, eucalyptus, peroba and imbuia woods to create icons of Brazilian taste, value and identity. His most famous design is his “Poltrona Molé”; his furniture was utilized in a large scale for Oscar Niemeyer´s iconic buildings of Brasilia. In 2001 the Brazilian manufacturer LinBrasil acquired the rights for the reproduction of the “Sergio Rodrigues furniture line” and meanwhile produces 28 of Rodrigues’ works. 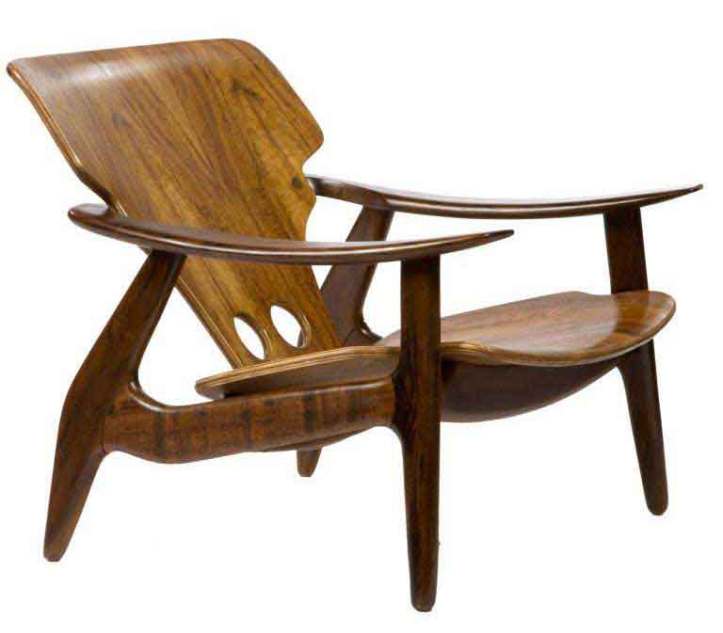 Italian born Lina Bo Bardi began her career in Milan under Gio Ponti, she was a prolific architect and designer who devoted her working life, most of it spent in Brazil, to promoting the social and cultural potential of architecture and design. She would pioneer in the use of laminated and compensated wood, at a time the use of massive logs prevailed. However, bent tubular metal would be the main component of Lina’s most notable creations, which include the Tripé chair (1948), the Bola chair (1950), and her famous Bowl chair (1951). These chair designs would be used for the furnishing of one of Brazil’s architectural masterworks, designed and erected by Lina in 1951: the Casa de Vidro, the couple’s residence in Sao Paulo’s Morumbi neighborhood. Nowadays, Brazilian furniture company ETEL is launching a new series of 12 re-issues on Lina Bo Bardi´s work; and Italian chair manufacturer ARPER has released a limited-edition of 500 chairs of Bo Bardi’s charming Bowl chair. 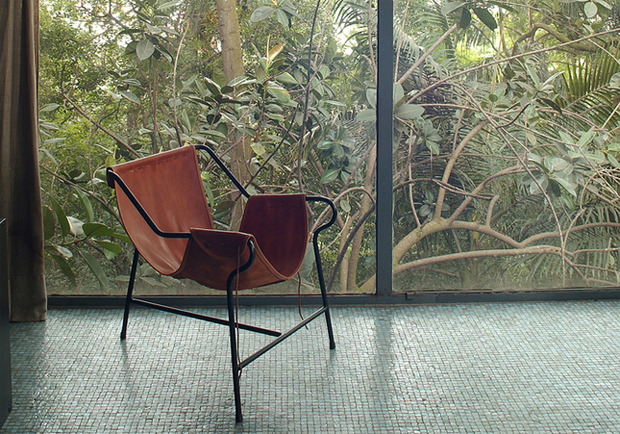 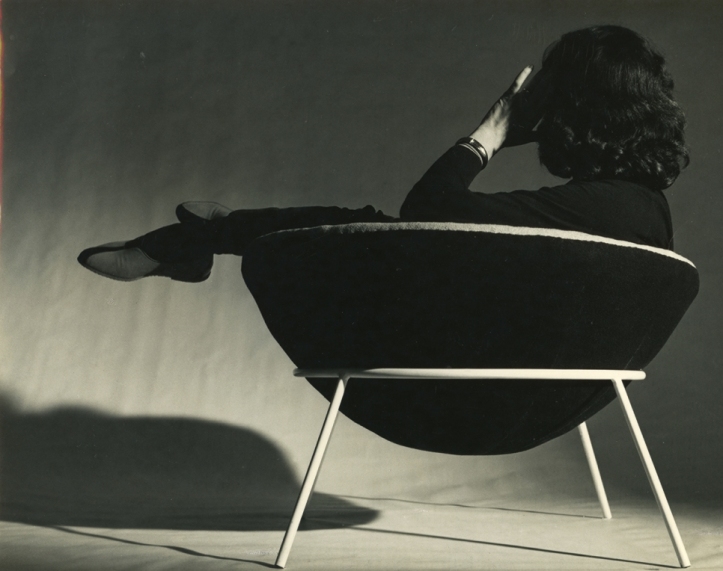 José Zanine Caldas is known as the “Master of the Wood” due to his knowledge and passion for solid wood as a material, he was possibly the first to utilize the tropical hardwoods in their most raw and pure state. Austrian born designer Martin Eisler, after meeting the Hauner brothers in Brazil, started designing for FORMA. Eisler also opened Forma in Buenos Aires, as an architectural, industrial and interior design firm known as Interieur Forma. Eisler´s  “Poltrona Costela” is his best known design. 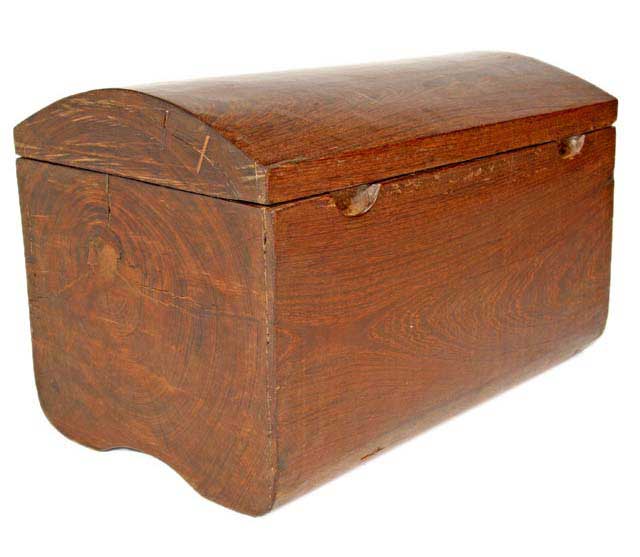 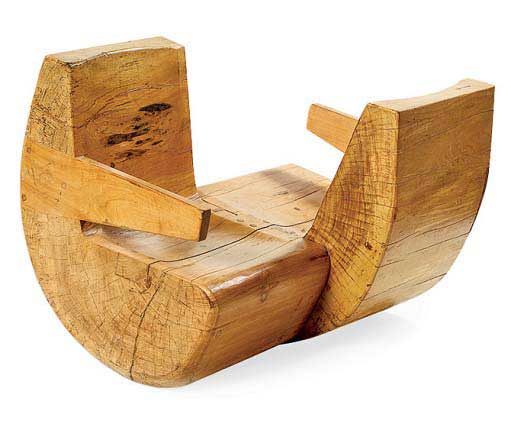 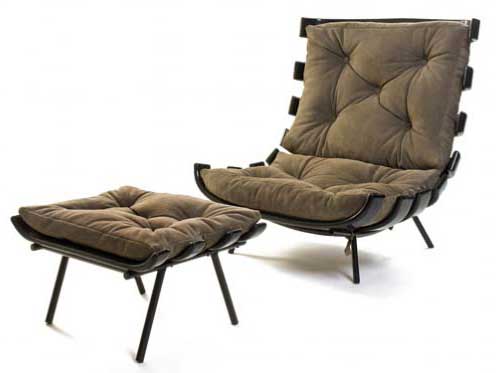 There were also other mid-century Brazilian furniture designers like Ricardo Fasanello working with more innovative materials. Fasanello’s work blends unmistakable Brazilian aesthetics with a cool sophistication. His studio developed into a sort of design laboratory for experimenting with a wide range of materials. Steel, glass, resin, fiberglass, leather and wood were all explored to make beautiful and functional objects. He was inspired by mathematical shapes of curves, circles and spheres, which recalled his penchant for automobiles and speed. The “Fardos” Sofa was his first international success.

Moving on to contemporary names in Brazilian furniture design, we have Hugo Franca, a Brazilian designer who works in the same tradition as modernist Brazilian masters; Hugo is best known for his reverential use of raw Brazilian hardwoods. Working exclusively with fallen and dead trees and old canoes he purchases from the Pataxó Indian tribes in Bahia, França creates unique designs that showcase the beauty of these natural materials. Another outstanding young Brazilian designer is Julia Krantz: Julia is part of an emerging generation embracing and redefining the sense of “Brazilianess” that has long shaped their country’s art and design. Her furniture is carved from stack-laminated plywood, crafted in sensuous, organic and monumental pieces, inspired by the rich landscape of her native Brazil. In her work, ecology plays a fundamental role. She has a commitment to only using materials obtained through sustainable management and refusing to employ endangered species. 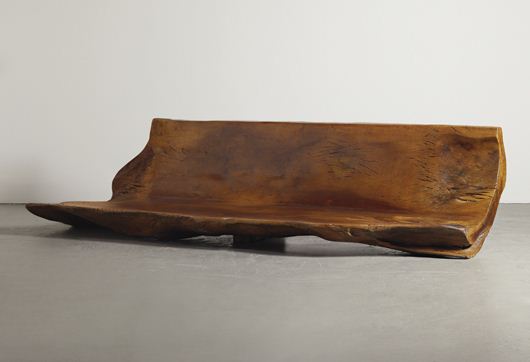 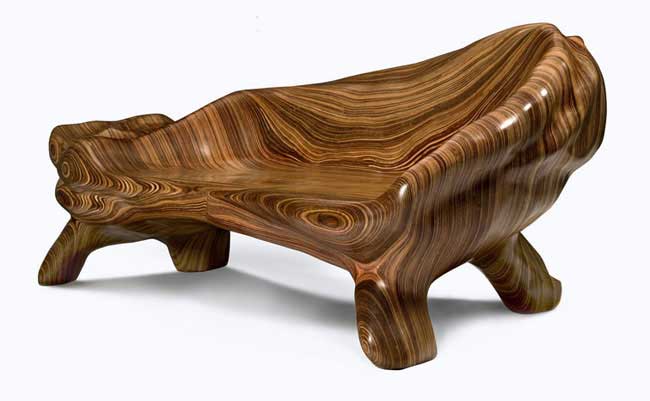 Historically Brazil ranks among the world’s 10 largest furniture manufactures and produces today an astounding variety of modern architecture and furniture, only partially known. Design and production are concentrated in the country´s southern states, perhaps not coincidentally, as they have large Italian immigrant populations dating from the 19th century. A strong tradition of craftsmanship and a national love of modernism combined with a wealth of resources, a relatively weak local currency and an unfaltering Euro, set the stage for Brazilian designer-manufactures to become important players in the world of high-profile furniture design. European furniture companies EDRA and Vitra have given Brazilian design in general and the Campana Brothers in particular an international profile. Fernando and Humberto Campana were first noticed by the media in the late 1990’s when they became the first Brazilian artists to exhibit their work at The Museum of Modern Art in New York; their breakout design of the “Vermelha Chair” is still their best seller.

Now that you have finished reading my posts about modernist furniture design in Brazil, I would like you to revisit some of Don S. Shoemaker´s design lines (in particular his famous “Descanso Line”, the Perno´s chair and his iconic Sling Casuals Line) in order to be able to clearly differentiate Don’s work from the top furniture designers just discussed above. Why? Because several of Don´s furniture pieces have been mistaken for 1960’s Brazilian designs…

We could definitely establish some parallelism between Don and his Brazilian counterparts:

If there was any kind of connection between Don and the Brazilian modernist movement is hard to say, since Don began working on his first furniture designs in the 1950’s to finally introduce them in the year 1960.

The Mexican modernist movement developed in a different way and I will write a separate chapter on this.