José Mendoza was a Mexican designer who ran a foundry in Mexico City under the registered trade name of “Pepe Mendoza”. The Mendoza “taller” produced brass decorative hardware, extravagant lamps, some tables and bronze accessories. His work is characterized by a cloisonné-type/enamel technique, Mendoza´s designs were mostly based upon pre-Columbian motifs which he modernized to conform Mexican and international tastes. Several modernists like California designers Jerome and Evelyn Ackerman and Mexico City based American designer and sculptor Frank B. Kyle used Pepe Mendoza´s hardware to embellish their furniture pieces during the 1950’s and 1960’s. Beware of fakes and copycats, always look for the genuine Mendoza foundry mark! 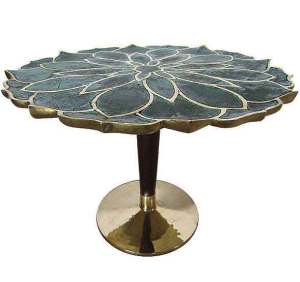 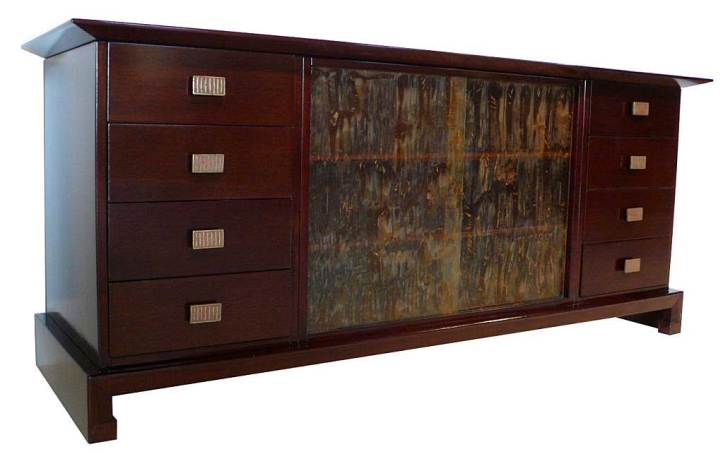 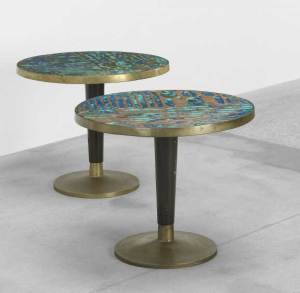 Arturo Pani was the younger brother of Mario Pani, a prominent Mexican Modernist architect and editor of the magazine “Arquitectura México”. Both Mario and Arturo entered the Ecole des Beaux Arts in Paris. Mario was inclined toward architecture and Arturo chose decoration and interior design. Both brothers returned to Mexico City by 1934. Arturo’s first project was the furniture design and decoration of the family house. Mario’s first major project was the construction of the Hotel Reforma in Mexico City in 1936, which became the emblem of Mexican Modernism. Arturo Pani was given carte blanche to design the furniture and interiors of the lobby and several salons of the Hotel Reforma. (Diego Rivera created the murals for one of the dining rooms).

His studio Arturo Pani D., S.A. was active in Mexico City well into the 1970’s. Arturo Pani was “the” decorator to the elite of Mexico and known for creating the famous “Acapulco Look”. Pani did not actually produce his furniture designs by himself; he worked with several outsourced artisans and selected workshops. He had a preference for gilded iron, which he used extensively for the design of his coffee tables, console tables, lamps, etc., these designs where produced by the blacksmith workshop of Manuel Chacón – the Talleres Chacón in Mexico City. Some of Arturo Pani’s well-known designs include furniture pieces decorated all over with mirrors; however few of these remain in good condition. 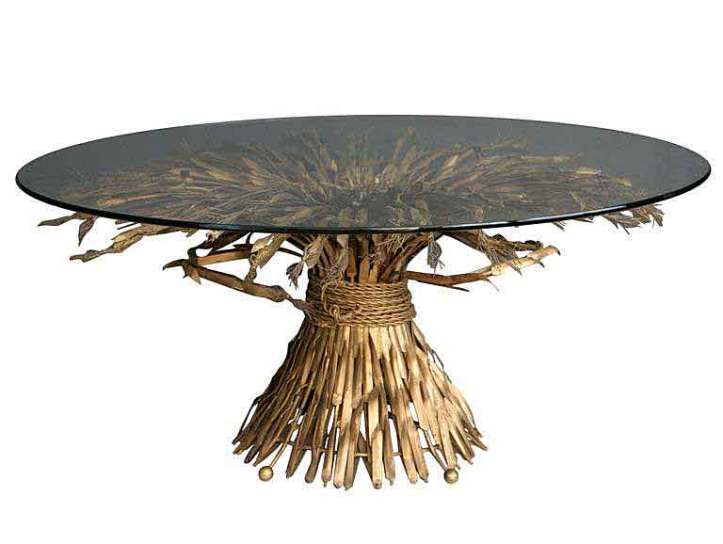 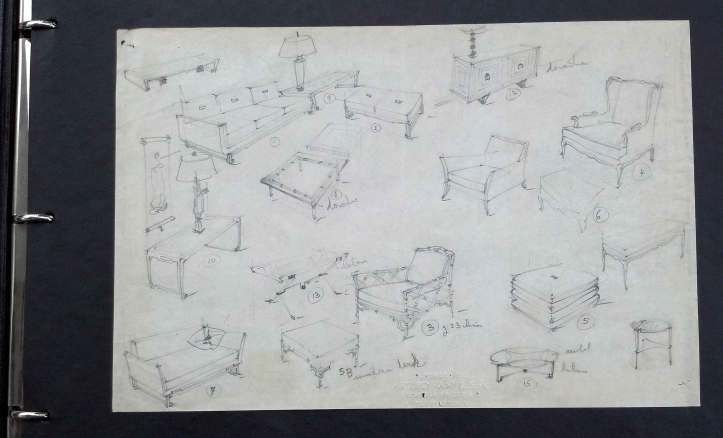 Roberto and Mito Block were born in France and migrated to Mexico in the late 1930’s and worked through the 1970’s. They were known for their Neo-classical style with a very sober air toward modernism. Besides being painters they had a decorating and design showroom in Mexico City known as Rob Block & Cía. Their work is characterized by Greek-key motifs and tapered forms, primarily metalwork, sometimes with verre églomisé elements. Same as Arturo Pani, the Block Brothers used the Talleres Chacón blacksmith workshop in Mexico City for the execution of their designs.