American architect and designer William Spratling frequented prominent artists and personalities that were active within the Mexicanismo movement during that time, and many of them decorated their homes with his furniture. As a result of William Spratling’s furniture designs success, the Butaque fever started in Mexico, and following the saying of silversmiths “the tin is the poor man´s silver”, in the 1940’s Clara Porset decided to introduce industrial low-cost series of butaques with only minimal changes to Spratling’s designs produced since the early 1930’s at his Taller de las Delicias. The conflict between Spratling and Porset became well known, and as a consequence, they never talked to each other again. Porset also approppriated an old art-crafted typical caned butaque of Veracruz and the famous Miguelito armchair from Jalisco, of course in cheap woods like pine, etc. Someone coined the saying: “A Porset is the poor man’s Spratling butaque”. 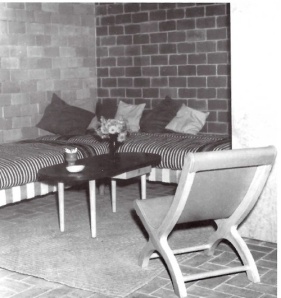 Now we will witness how the fever of the butaque chair was propagated:

Everybody knew each other in the Mexican architectural and design world and one thing lead to another: Clara Porset collaborated on several projects with Luis Barragán and by the mid 1940’s Barragán presented “La Butaca” designs in his furnishing proposals. At this moment the butaque fever reached its peak and the cloning virus was more vicious than ever; please check on the pictures of the typical Jalisco Miguelito chairs and the identical butaques produced by Barragán and Clara Porset; miraculously, one particular chair created by Clara Porset for Barragán looks identical to the caned Butaque chairs from Veracruz from the early 20th Century. (See my posts: Mexican Modernism – Furniture Design in Mexico – Part #1 & Part #5 + ¿What is the difference between a Mexican Campeche Chair and a Butaque? – Part #2)

I would like to remark however, that some of Luis Barragan’s and Clara Porset’s dining room chairs remind me of William Spratling’s designs as well, but we will talk about those appropriations in future posts. 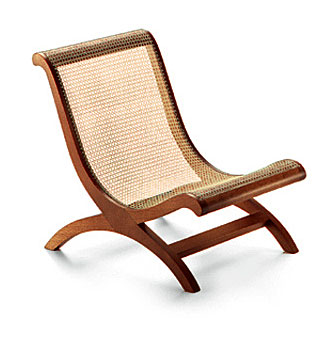 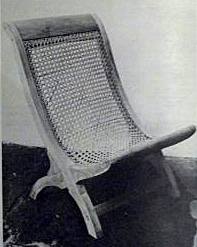 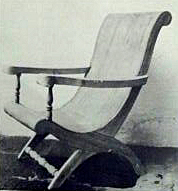 I also have to mention Mexican architect and urban planner Juan Sordo Madaleno, active during that same period of time. Architecturally, he settled initially by the Bauhaus style and influence of Le Corbusier. Notable examples of Sordo Madaleno’s work are his own house (1952), the Cinema Paris (1954), with its surprising structure and composition, and the Seguros Anáhuac Building (1958). He significantly influenced the design of hotels in Mexico and he was among the pioneers to introduce a new type of large-scale commercial center, such as the Plaza Satélite (1971) in Mexico City. Juan Sordo Madaleno collaborated with Luis Barragán, Serrano and Ricardo Legorreta, among others, and he worked with Clara Porset on several projects like the Club Campestre Churubusco in Mexico City.

Here are some interior views of Sordo Madaleno’s house in Mexico City, including Butaca chair models designed by him – very similar to those presented by Luis Barragán and Clara Porset: 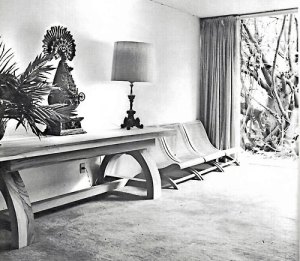 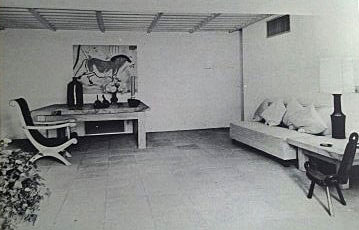 to be continued in part # 5